Frank believed that five was his lucky number. He was born on May 5. He has five children and lived at 555 East Street. On his 55th birthday, he was surprised to find a horse named Number Five running on the fifth track. There were five minutes before the race began. He went to the fifth window. He was so sure that he would be lucky; and he thought that the horse would come in fifth place. The result was just as he thought, the horse finished last in fifth place.

1. What is Frank's favorite number?

4. Did the horse win the first prize in the race?

5. Was the result just as he thought?

2.It leads to a strong drop in body temperature, great weight loss and finally, sickness.

Notice: The content above (including the pictures and videos if any) is uploaded and posted by a user of NetEase Hao, which is a social media platform and only provides information storage services. 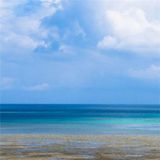